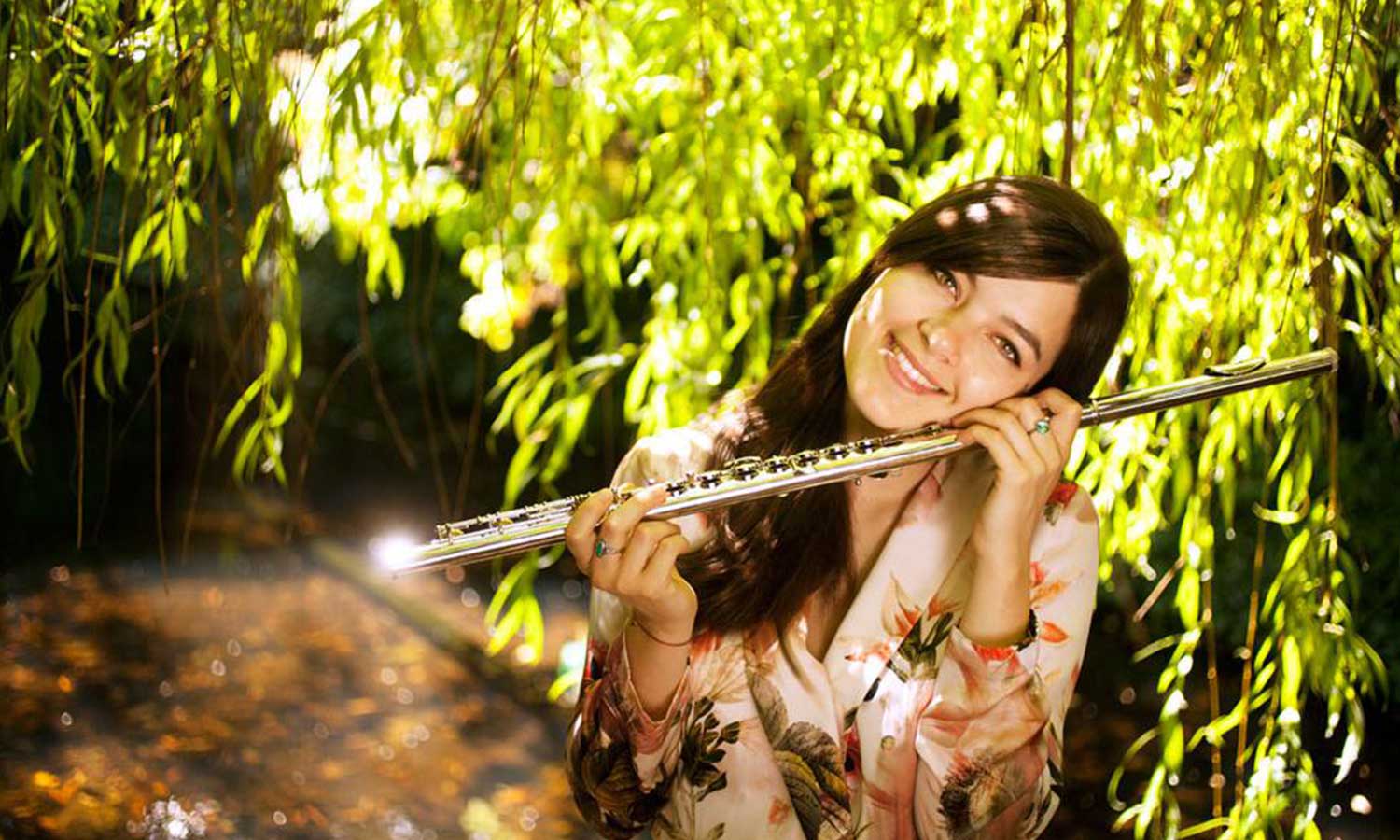 Known for her full and velvety sound, and with a playful temperament, Mathilde Caldérini is one of the most sought-after flutists of her generation on the international scene. A multi-faceted artist, she enjoys sharing her passion for music through her activities as a soloist, orchestral musician and chamber musician.

Since 2020, Mathilde has been a supersolist flutist with the Orchestre Philharmonique de Radio France. She previously held the position of flute solo of the Orchestre National de Lille.

Mathilde co-founded Ensemble Ouranos, a dynamic wind quintet and specialist in high-flying collaborations, with clarinettist Amaury Viduvier. Ensemble Ouranos was recently named Associate Artist of the Fondation Singer-Polignac and recorded its second album devoted to works for wind quintet and piano with Guillaume Vincent for the label NomadMusic.

In addition to her two recordings with the Ouranos ensemble, Mathilde has recently participated in several newly realized recording projects: the solo album «Psyche» by singer Ambroisine Bré with pianist Ismaël Margain, the new works «Lovescapes» by composer Johan Farjot at Alpha, but also an unpublished recording of the works of composer Charlotte Sohy made by the Boîte à Pépite, a label and organization that highlights the unjustly forgotten composers.

Originally from Savoie, Mathilde CALDERINI began playing flute at Thonon-les-Bains and then at the Chambéry Conservatory with André Guerin. She then studied with Claude LEFEBVRE at the CRR in Paris, then with Sophie CHERRIER and Vincent LUCAS at the CNSM in Paris. She finally perfected at the Royal Academy of Music in London with William BENNETT and Samuel COLES.